How is sperm donation in the world 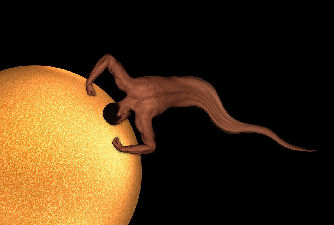 Thanks to sperm donation and IVF treatment, your desire for fatherhood can finally be satisfied! The sperm used, taken from the most accredited sperm banks in the world, is carefully selected according to the physical characteristics, dominant characters, ethnicity, blood group, etc. of the father, while the eggs are taken from the mother and fertilized in the laboratory, before being transferred into the maternal uterus.

The causes of male infertility may depend on a variety of factors, which may be congenital or genetic or developed as a result of trauma or disease.

These factors, which affect the sperm, are an obstacle to parenthood, negatively affect couples’ psyche and social life, and cause great stress and frustration.

Male infertility can be diagnosed with a simple analysis of the semen, called « Spermiogram ».  Some types of male infertility can be cured with drug treatments or through traditional IVF treatments. However, for some disorders, such as Azoospermia, sperm donation remains the only possible solution for couples wishing to have a child.

What is sperm donation

Sperm donation is a procedure used when it is not possible to collect healthy sperm from the father. In this case, the sperm used comes from the Sperm Bank and is carefully selected according to the physical characteristics, structure, ethnicity, and blood group of the father. This sperm is then used for fertilization in the laboratory of eggs taken from the mother, and when they reach the stage of embryos are transferred into the womb.

When the problem is to find paternal sperm by natural means, the TESA and Micro TESE techniques are used. These are two microsurgical operations that make it possible to obtain sperm by inserting a needle into the testicles or by removing testicular tissue.

In cases where the father has not produced sperm since birth or sperm depletion has occurred as a result of external trauma or disease, or in cases where the testicles are damaged, obtaining sperm through the above techniques is not possible and the only option for these couples to have a baby is sperm donation.

This procedure is also highly recommended for couples in which the male partner is a carrier of serious genetic diseases, whose risk of transmission to the newborn is high, or in cases of intermarriage. Even if today it is possible to detect these serious diseases when the fetus is still in the womb, and then you have the opportunity to intervene by choosing to terminate the pregnancy, it should be considered that this condition can be particularly traumatic for the psychological health of couples. By opting for Seed Donation, couples are reassured about the health of the child.

What is the procedure of sperm donation treatment?

When couples who want to have a baby decide to resort to this treatment, a specialist in Gynecology and Obstetrics Surgeon initiate the procedure with a detailed preliminary interview and information for the couples.

More than 40 years have passed since Louise Brown was born in London on July 25, 1978, the first human being conceived through assisted fertilization in a test tube. Since then, the practice has been perfected and donors, sperm banks, and fertility clinics have proliferated throughout the world. However, there is still a lack of shared and international rules on how to manage sperm donation: each country, often each clinic, has its limits on the number of children that each donor can have and there is no global archive of donors.

The result is a market – although it would not be correct to call it that because the donation is usually free – uncontrolled, where men like Meijer can give birth to hundreds of children around the world, without anyone knowing.

Meijer’s case is not isolated. In 2015, newspapers had told the story of Ed Houben, a man, also Dutch, aged 46, who had been a donor since he was 32 and had procreated at least 106 children. In 2019, the Dutch Donor Foundation – a group that supports donors and people born through IVF to trace their biological parents and children – discovered through DNA testing that Dr. Jan Karbaat, a fertility specialist who died in 2017, had secretly conceived at least 68 children, born to women who had come to his clinic in Rotterdam.

His story is reminiscent of that of Dr. Donald Cline of a fertility clinic in Indianapolis, Indiana: between the 1970s and 1980s, Cline had used his sperm in the IVF of some of his clients, lying and passing it off as that of anonymous donors. The investigation of him began in 2014 after some women had discovered, thanks to DNA testing, that they were half-sisters and his daughters. Even earlier, in 1992, a Virginia fertility specialist was convicted of, among other things, inseminating some patients with his sperm without their knowledge.

Ari Nagel, a mathematics professor in New York City, was nicknamed « Target Donor » because he delivered his test-tube sperm only in public places, as in the Target chain; he told the New York Times that he had 76 children, decidedly few compared to the 800 conceived worldwide by the British Simon Watson, at least according to what he told BBC in 2016.

Conceiving so many children, especially in a small geographic area, is dangerous, as the story told by the New York Times shows, of another Dutch sperm donor, known only as Louis, who allegedly fathered more than 200 children. Six years ago, 36-year-old Dutchman Ivo van Halen discovered he was one of them and has since managed to contact 42 half-siblings. Some had been reported as compatible with each other (so-called matches) on Tinder, the online dating app. One had even had four half-sisters suggested as potential partners. Now the group updates a list with the names of all half-siblings as they are discovered, to avoid dating them, carrying on a relationship, and conceiving children with potential genetic problems due to sharing the same DNA.