co-parenting systeme has some disadvantages 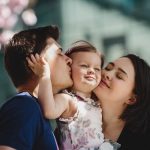 Looking for co-parenting is something quite new and rather interesting in the current societal evolution which is becoming more and more materialistic and favors optimization at the material level of the education of a child. Things aren’t as natural as they used to be when it comes to building a family or having children that’s why many are starting to take an interest in this new perspective of having a child with friends in somehow to already avoid the inconvenience of a life as a couple which would not interest us and which can lead to a divorce and therefore conflicts which can harm a possible family and therefore the children who would be between the two parents.

Nevertheless, co-parenting has some disadvantages, especially at the legislative level, because one of the two parents can actually change following conception and not recognize the contract drawn up amicably, so the recognition of a child is not necessarily insured or vice versa and therefore one of the two parents may be subject to alimony to be paid without any real protection possible beforehand. This is why you must be aware of this kind of risk because there is not yet a truly legally established co-parenting contract.

The other risk obviously which is also linked and the risk of argument because it is rare for relationships to be linear in time, especially when it comes to a project for the rest of your life, especially if you are a woman. and you want custody in the first place you must be sure to bear the consequences because if the other party does not want custody of a child it can quickly become problematic and the worst scenario would be to abandon a child. First, think about your reasons for becoming parents and whether these are strong enough to commit you to for the rest of your life. Thinking about the worst possible co-parenting scenario so that you can kind of anticipate it or rather prepare for it.
Finally, if you are a man wishing to co-parent, know that custody of the child is most of the time granted to the woman and if this is not your primary objective, seek rather a life as a couple which would lead to a family as in the the most common scenario, but the Ambalistic Copa presents the risk of losing contact completely with the child of whom you are the father.